I originally typed this post on my iPhone and I completed it, but I decided to post it later as I was trying to make sure the photos were good enough.

Unfortunately, somehow I lost the draft copy :( So here I am trying to create another posting.

I finally got down to making the Valrhona chocolate cupcakes for my brothers Andrew & Marc + our good friend Rachael. The cupcakes had white buttercream icing topped for fondant red stars and letters to spell:
HAPPY BIRTHDAY in yellow
ANDREW MARC RACHAEL in orange and white marble

As the cupcakes were baking, everyone at home was coming into the kitchen trying to see if they could sample. Hahaha :) I was told that the aroma was unbelievable. I wish I could smell it too, but I was recovering from flu which impeded my sense of smell.

Here's what the cupcakes looked like while they were work in progress ;) 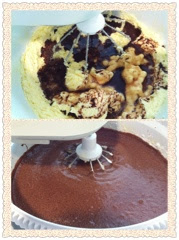 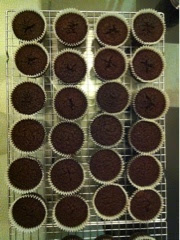 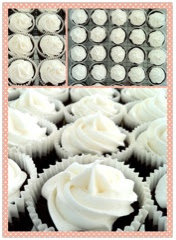 I made a total of 35 cupcakes, packed them into a huge box and off we went to the New Year's Eve party with 4 kids in tow.

Family and friends at the party also commented that the cupcakes look professionally done :) After partaking, they said it was delicious! It really made my day! Definitely the best way to start the new year, don't you think? 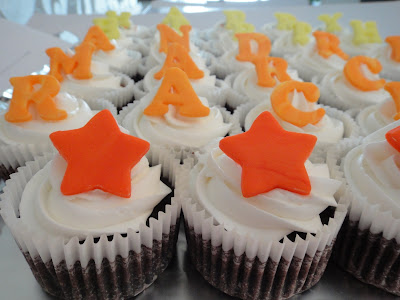 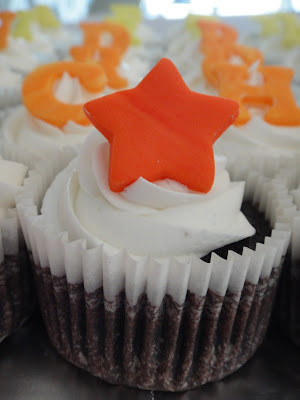 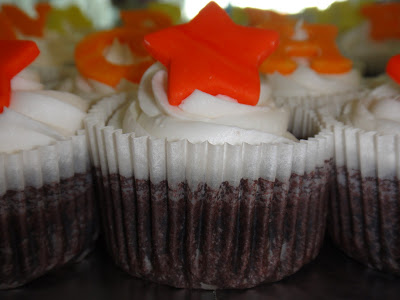 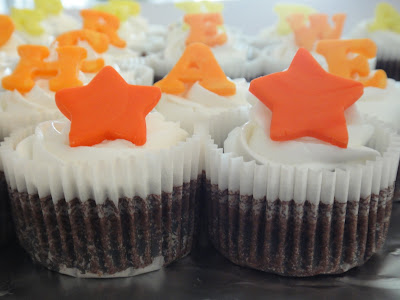 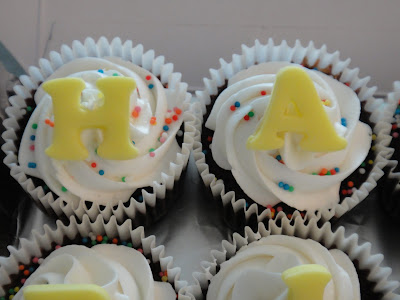 Posted by Christina at 1:59 PM