I have been pretty fascinated with the rainbow cake for a while. I didn't have any reason to try making it, until April 2013.

I asked Aloysius what type of birthday cake he would like and he said rainbow cake! We were going to have a small party at home for him and the cake had to be something special. 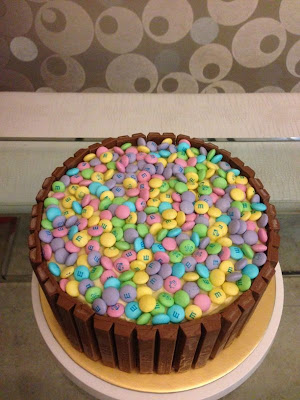 The cake batter itself was not difficult to make; it's a simple white cake recipe. But the time-consuming part is having to divide the batter into 6 portions, colour and bake them individually. I roped in the kids to colour the portions and they had great fun. 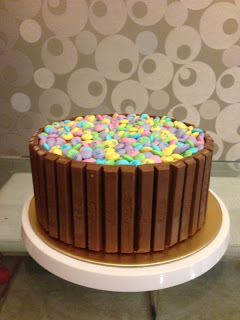 I decided to use cream cheese frosting for this cake, since there was colouring used for the cake, I thought a non-coloured frosting would be good. The cake came out pretty tall, so I was glad that I bought the German Kit-Kats which were much longer than the standard ones from Malaysia or Thailand. They were pretty pricey and it looked really pretty on the cake. To top up the cake, I used pastel coloured M&Ms, courtesy of my friend Paik Sim (of Bake Tales by Wein & Paiks). She gave it to my boys for Easter, as it is the Easter limited edition M&Ms. 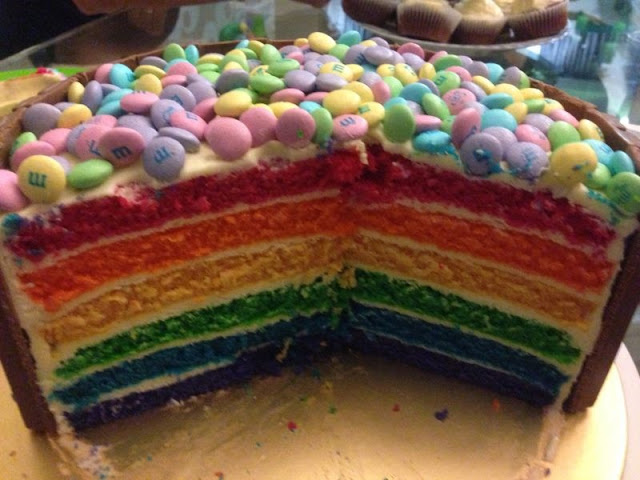 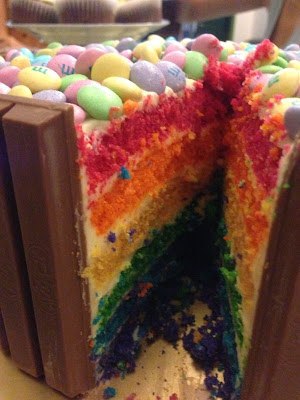 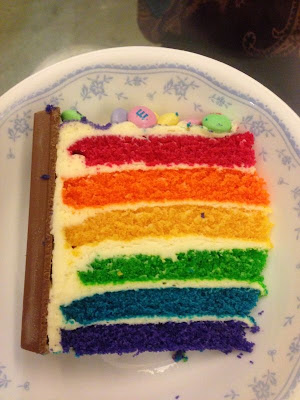 This cake makes me feel very happy while I was making it.
Perhaps I love colours and my boys too, so I knew this cake would be well-received. 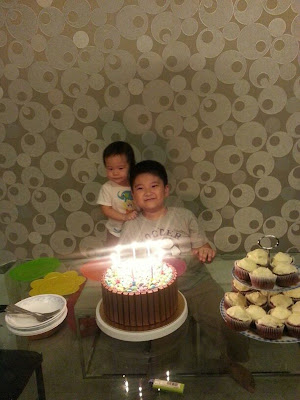 Birthday boy was elated! That was more than enough for me! ^_^ 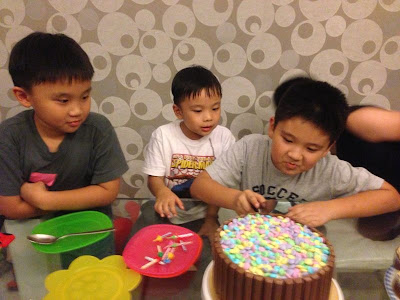 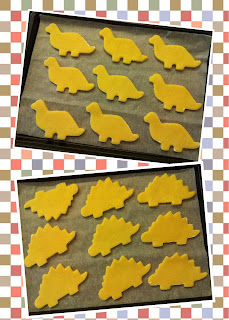 Aloysius also asked if I could make iced cookies for his classmates and teachers.

Of course, I said yes. I showed him my big bucket of cookie cutters and he chose 2 dinosaur cutters - the T-Rex and Stegosaurus. 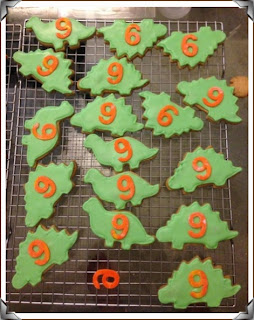 He wanted the dinos to be green and we added a number 9 made from fondant. He said that his classmates from 3 Joseph said that there were really yummy! *yippee*